Ahead of the publication of the new EU Pact on Migration and Asylum on 23 September and the Resettlement Forum on 9 October, we appeal to the EU institutions and Member States to urgently revive and increase resettlement efforts.

After necessary travel restrictions brought resettlement to a standstill for several months this year, international travel is restarting and both IOM and UNHCR have relaunched their resettlement activities[1]. However, the temporary hold on resettlement travel led to the cancellation of departures of some 10,000 refugees waiting for resettlement. Since then, EU resettlement has only slowly resumed.

At the same time, the need for resettlement is more pressing than ever. Even before the pandemic, UNHCR identified almost 1.45 million refugees as particularly vulnerable and in need of resettlement – a figure that has almost doubled since 2010[2]. Since then, the situation in several countries of origin and asylum has become increasingly challenging:

These snapshots illustrate the urgency of the situation. Resettlement cannot wait. It is more needed than ever.

Low- and middle-income countries have hosted the majority of the world’s refugees for more than a decade, and continue to do so despite a multitude of domestic challenges and additional hardships[9]. Several studies show that the social and economic consequences of COVID-19 in these countries will make an already difficult situation worse for refugees and host communities alike[10].

At the onset of the COVID-19 pandemic, the EU showed a clear understanding that a global approach and solidarity were necessary to face the multiple challenges posed by the virus. However, this ambition has not been matched in its approach to resettlement to date. Member States have the power to address the current inequity in the global responsibility for hosting refugees, the resulting gap in protection and in the EU’s external response to COVID-19 by urgently increasing resettlement numbers.

We therefore appeal to the EU institutions and EU Member States to do their utmost to reach the target of resettling 30,000 persons of concern in 2020, as pledged at the Global Refugee Forum in December 2019. In addition, and in the spirit of growth agreed to by state signatories to the Global Compact on Refugees and the associated Three-Year Strategy on Resettlement and Complementary Pathways, at least 35,000 more refugees should be resettled to the EU in 2021. Resettlement is a tool for global solidarity and responsibility sharing, and as such should be additional to and separate from efforts to share responsibility for asylum-seekers among EU Member States.

TO THE EUROPEAN COMMISSION:

TO THE EUROPEAN PARLIAMENT: 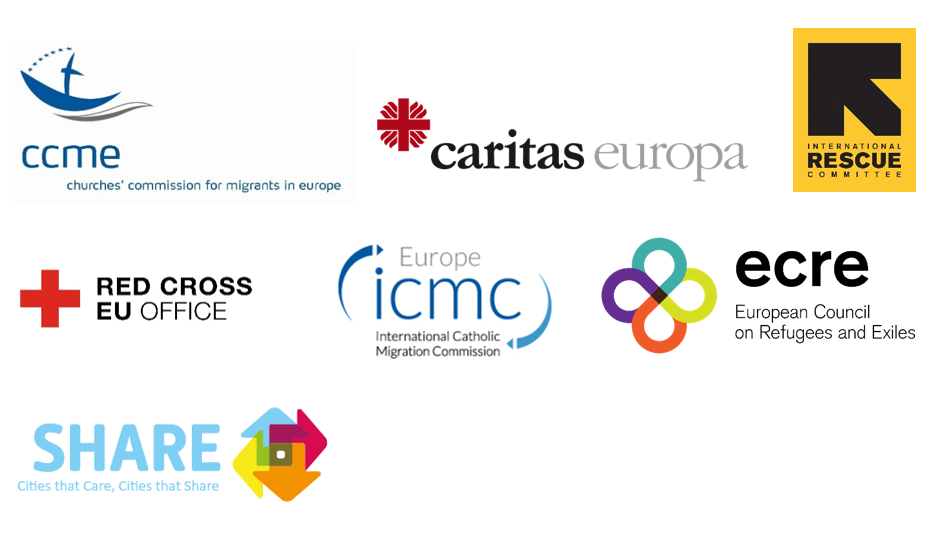 [7] Resettlement needs in 15 countries along the Central Mediterranean Route increased by 8% last year and, at nearly 350,000, now account for 24% of global needs.

[9] In 2019, low- and middle-income countries hosted 85% of the world’s refugees. Turkey hosts 3.9 million refugees and asylum-seekers, more than all EU Member States combined. Not a single EU Member State is in the top ten of hosting countries when comparing the size of a refugee population to the national population – whereas countries like Lebanon or Jordan host 134 and 69 refugees per 1,000 inhabitants respectively.