Concluded in September 2016, the "Persons at risk of trafficking in Europe - capacity to identify and assist potential victims of human trafficking” (PROTECT) project, was a 2-year transnational initiative that brought together the British Red Cross, Croatian Red Cross, International Centre for Policy Migration (ICMPD) and the Republic of Croatia Government Office of Human Rights and National Minorities as associate partners.

Co-funded by the Prevention of and Fight against crime programme of the European Union (ISEC), the project’s aims were to:

Croatia is acknowledged as a source, destination and transit country for trafficked people suffering all forms of abuse. However, the most vulnerable groups are women and children, mainly for sexual exploitation and forced begging (TIP, 2015). In the UK, the number of people referred to the government support mechanism rose by 40% between 2014 and 2015, and a steep increase in labour exploitation was also identified (UK government, 2015). Indeed, in recent years both Red Cross Societies have encountered increasing numbers of victims of human trafficking across their activities and services. Against this backdrop, it was imperative for them to enhance their capacities to accurately recognise trafficking in human beings, and to develop adapted responses that address the specific needs and vulnerabilities of victims.

"The trafficked people that we work with are extremely vulnerable. Their needs are complex, and they often fear for their safety, or have limited access to resources and support. The trauma of being trafficked also has long-lasting physical and psychological consequences”, says Nieves Vudric, Head of Unit for Prevention of Human Trafficking and Psychosocial Support at the Croatian Red Cross. "It is crucial that they are recognised as victims, and that approaches focus on protection, and not prosecution”, she underlines.

The PROTECT project responded to the needs of trafficked people by establishing a good practice model for frontline workers to recognise the signs and provide victim-centred assistance. Online training modules were developed and adapted to reflect the specific context in each country, with topics covering what trafficking is, indicators of trafficking, types of exploitation, the Red Cross’ role and response, and the legislation and support mechanisms available for trafficked people. In addition, a series of guidance documents and tools were produced to integrate trafficking awareness into the daily work practices of Red Cross staff and volunteers. Capacity building was also carried out with frontline caseworkers to provide them with the skills necessary to develop supportive casework responses that empower trafficked people to enact their rights and make informed decisions.

With an 18% increase in the number of trafficked people identified in the EU (Eurostat, 2015), there is a critical need to increase awareness and understanding of the barriers to protect and assist potential victims of human trafficking. The current migration situation and the relatively large influxes of arrivals, has seen countries struggling to meet the needs of people desperately seeking safety and security. During this time, the nature of human trafficking has also changed. While in the past most people were recruited from their countries of origin, they are now at risk of trafficking and exploitation throughout their migratory journeys to and through Europe, bringing unprecedented new challenges to transit and destination countries.

"In the race to respond to the most basic needs of migrants arriving in the EU, identifying and responding to trafficking is often overlooked”, says Kathryn Baldacchino, Anti-Trafficking Manager at the British Red Cross. "In this changing and fluid context, it is imperative to strengthen collaborative approaches and ensure protection and supportive services are available to all victims of human trafficking across the Union, regardless of their immigration status”, she adds.

The PROTECT project outputs are transferrable in a multitude of ways. Training modules and guidance documents can be adapted to locally specific contexts, and the development of more specific data collection techniques can be shared more broadly. The British Red Cross Anti-Trafficking team is keen to expand its partnerships and is available to work with other organisations to develop and adapt these tools to their own needs.

Both Red Cross Societies have plans to introduce basic anti-trafficking awareness into all new staff and volunteers’ introduction training, and will continue to revise and update the content in the future. 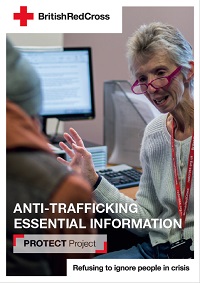 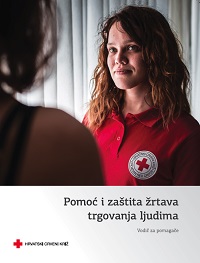 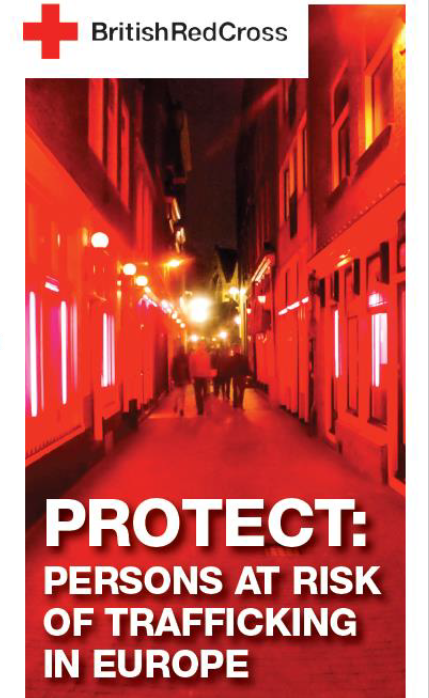